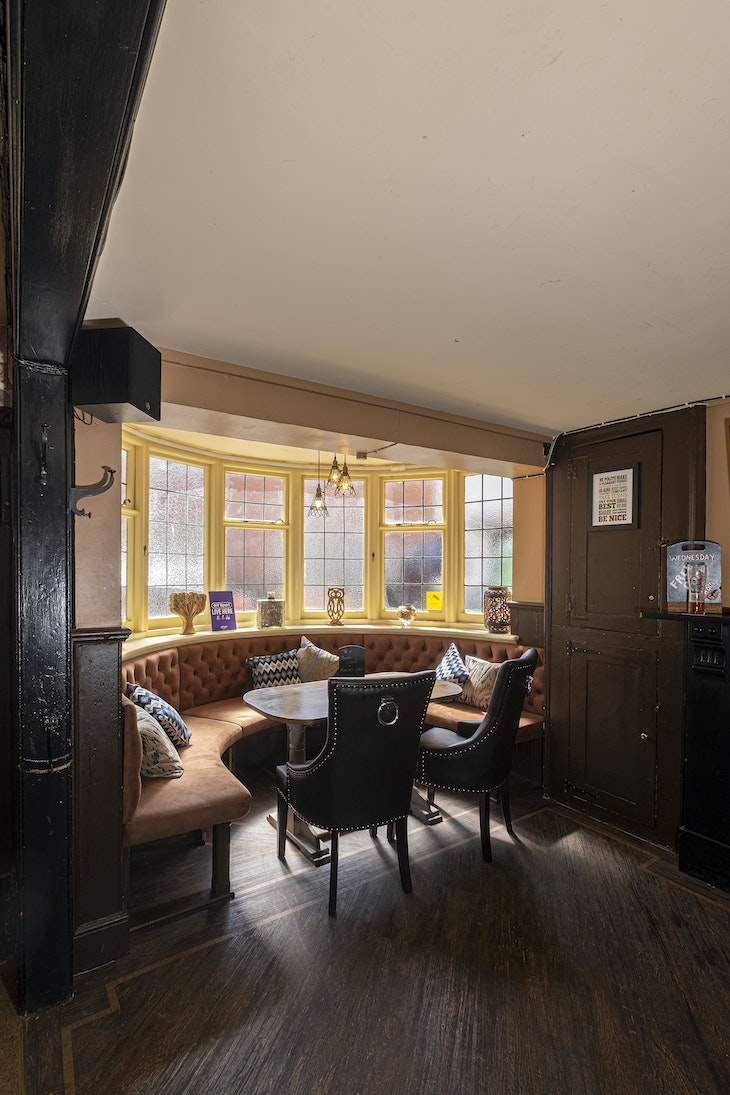 The Crown Tap is situated at the town end of Southampton road by Fridays Cross.
Established in 1801 the pub was originally cottages which were acquired by a Mr Tunks who also purchased the buildings next door to form what used to be The Crown Hotel.

What used to be The TAP BAR for the old Crown Hotel is now the thriving pub in its own right that you see today, but unfortunately the rest no longer exists as a hotel.

It’s only ever had one bar which has a pool table and darts board.

Its present owners have taken this little pub and extended it with another two rooms featuring comfy seating and dining tables. A kitchen has also been added to offer food with new menus coming soon.
Why not check out our newly refurbished patio area out the back.

The Crown Tap has BT Sport shown on large TVs at either end of the pub and has installed a large outside TV, so you never miss any of the action!